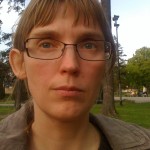 Dr. Kai Pata (PhD) is a senior researcher at CET. Her main research interest is digital learning ecosystems, narrative learning and scaffolding learning at workplaces with socio-technical systems. She has worked in CET since 2006. She was a researcher and learning expert at the FP6 project ICamp (http.//icamp.eu) (2006-2008), FP7 project S-TEAM (Firing up Science Education) (2009-2012) and was leading the pedagogical and implementation activities in the FP7 project IntelLEO (http://IntelLEO.eu) (2009-2012). In her previous position she worked as a senior researcher in Tartu University, Science Didactics Center where she was a involved in FP6 project BIOHEAD-Citizen (Biology, health and environmental education for better citizenship) (2004-2007). She has been the researcher in several national research projects: Designing Visualized Learning Process Through Educational Technology (2003-2007), The framework for supporting and analysing self-directed learning in augmented learning environment (2008-2010), E-learning systems with distributed architecture, their interoperability and models of application (2007-2013). She has led the research in the ESF Primus project Support system for achieving and evaluating learning goals with eportfolio (2011-2012) and the national science funding project The development of conceptual coherence of environmental problem issues (2006-2008). She is the author of more than 70 scientific papers and has won with coauthors the best paper award in iCALT