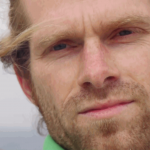 Tobias Funke has worked and studied in a variety of international contexts. He has done independent cultural studies in India, Pakistan, and Central Asia followed by a carpenter’s apprenticeship in Cologne an Lyon. Funke further broadened his view through his international studies of Bionics (B.Sc.), in which he investigated a wide field of technologies, material sciences and biology to transform this understanding of the solutions inherent within the study of evolutionary biology. His studies included internships at Daimler Chrysler,VKI Belgium, Ö-Contur and Faserinstitut in Bremen. Between 2007 and 2012 he developed and implemented measurement devices for coral and sponge research, carrying out this research during expeditions in Thailand, Jordan, Chile, the Arctic and Antarctica for international research institutes like ZMT (in Bremen) and AWI (in Bremerhaven). Currently, Funke builds upon his international work experiences with independent communication studies. He focuses on building bridges between traditional building trades, new construction technology, education and science to support a new way of sustainable building.